The Subtext of Character Growth

Story theorists down the centuries have faced one recurring problem. They discover early on their journey to becoming a guru - in a eureka moment of intense revelation - that most stories are based around a key question. It works like this: An inciting incident raises the key question in the mind of the audience; the key question keeps the audience gripped across the long haul before being answered at the climax to the story. This, he decides, IS story structure. Act l is the bit up to the inciting incident. Act lll is the climax where the answer to the key question is addressed. Act ll is the bit in between where the forces of protagonism and antagonism battle for supremacy. Simple as that. This is the template for story power.

Now, it's true that most stories indeed have this basic framework. Take Back to the Future. The inciting incident is when Marty McFly is accidentally sent back in time, raising the key question: 'Will he ever get home to 1985 again?' The issue is then thrown into doubt as the forces of protagonism and antagonism battle it out through act ll, and the question is finally addressed to our satisfaction at climax, when Marty does, indeed, make it back home to 1985. Classic story structure.

The problem for a story theorist is that there are exceptions. And as the exceptions mount up, we find that it's actually the very finest and highest rated stories that do NOT have a framework based on a key question. Stories I have discussed recently in Writing Magazine and on this blog, including Hugo, The Kings Speech and The Shawshank Redemption have no obvious key question - at least, not one that is up front and in your face. And this is not only inconvenient for story theorists who want to make a science of story, it's a bummer for the film studios, too, because even an accountant can tell if a story has a key question, so for decades the studios have only been giving the green light to those that do. This implicitly throws out the very best stories with the trash, which, in turn, is why there have been an enormous number of formulaic and somewhat mediocre stories since the key question became the God of story decisions around the early 1980s.

So what do the very finest stories have instead? Well, what these stories have is Character Growth. Great stories all appear to resonate psychologically through the evident growth of a character towards personal fulfilment. As human beings, we very naturally strive for fulfilment, and are driven (often subconsciously) to advance ourselves in terms of social values. We love stories that show us the journeys of others up the ladder of life. The key question mentioned above in Back to the Future is a 'plot' question, not a character question, but think of the basic 'life values' at stake in Back to the Future in terms of character growth: Will George get it on with Lorraine and have children? Will Marty be born? Will the bad guy, Biff (who we know from the sequel intends to promote his own gene pool at the expense of Marty's) succeed in getting Lorraine and power? And think how clearly Marty's family have progressed in social/fulfilment terms by the end; and all because George overcame his daemons and became strong and assertive (character growth).

In The Shawshank Redemption, we don't know what the story is about in terms of any key question, but we do have lots of questions about our protagonist and his 'life values': Will he find justice? Will he find freedom? Wow. Justice and Freedom. Fundamentally important subjects, but when we ask ourselves: 'What is going to happen next?' what we really mean is: 'Will our hero progress in life despite the forces of antagonism railed against him?' And as long as someone somewhere learns a life lesson and climbs the ladder of life (or fails to learn, but the opportunity missed is clear to the audience), then we tend to like the story more.Andy Dufresne, in Shawshank Prison, learns patience. He learns to use what he has - time and hope - and turns these into a single devastating escape attempt, wealth and beautiful revenge.

In Hugo, for example - a story with no key question, but five Oscars including Best Screenplay -  it’s not just one character that climbs the ladder and finds fulfilment. It’s all of them:
Mama Jeanne, Tabard, Madame Emile and Frick, Isabelle - everyone is progressed in terms of human values. This is why we feel uplifted and satisfied by the end.

As writers, how can we use this? When you view the story in the light of Hugo’s life values and character growth it turns out it does have an inciting incident: the death of Hugo’s father is a huge blow to Hugo's life progression. But how does that raise a key question? The obvious one is impossible – “Will Hugo get his father back?”

Because we know Hugo can’t get his father back, the key question – subconsciously but powerfully – is, “Will Hugo find himself a family?” The knock-on effect of this subconscious drive also means that the story does have a protagonist after all. The focus may switch firmly to Papa George by the end, but we are always watching out for what it all means to Hugo. When he ends up getting a family, we love the story. (Indeed, most of the characters, in a sense, 'find a family'. That is the overriding theme of the story.)

A story with a clear key question based on an 'event' (such as travelling through time) rather than through character fulfilment (finding freedom or a family) can still be a great story. However, it seems that the stories that win Oscars and Booker prizes tend to wrestle with the subtext of character growth: 'Will the protagonist overcome the odds and achieve fulfilment (whatever that means for him)? How will he do that? What form will that advancement take?' And as long as every event keeps addressing his fortunes, the story will grip and intrigue in the best ways possible. Better still, is when the character growth is intrinsically connected to the moral argument of the story. For more on this, read my Morality blog post here.

This is quite tricky to get your head round - and not easy to explain in a small word count. If you'd like to know more, it's addressed in more depth and with the help of some interesting layman's psychology, in the early chapters of The Story Book.

Subtext through Character Growth. The single most important factor in truly great stories.
Posted by Windy Dave at 00:29 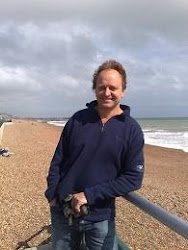